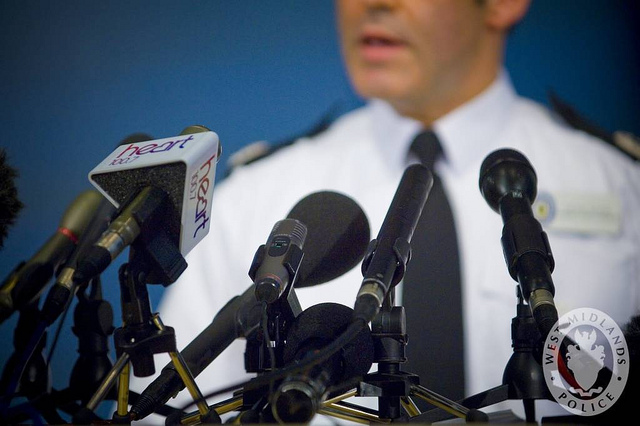 In this story rich times of Donald Trump, where the President of the United States and POTUS politics have become a long running (about 100 days so far) sitcom, a combined version of a political Gilligans Island and a Washington DC Survivor series. Like everyone else I have tuned in daily to see if the Americans with Mr Trump as their fatuous leader have launched another tweet, then a defense of said tweet, and then the round of procrastinations that follows on the alt-right and the liberal left. Its tiring but enthralling. Now that Mr Trump has thrown bombing targets of zero resistance into the mix, there now has become an element of danger added to the fray.

The media has been reinvigorated, subscriptions are up in newspapers, such as the NY Times, and the Washington Post, and the major cable news-stations are attracting more viewers, like me. Which all leads me to my complaint.

I watched two full hours of CNN, the other night, and every story line, was preceded by the announcement by a breathless anchor, usually in a sombre voice, intoning about how the next story was ” breaking news”.  One story would be followed by another “breaking news” story.  Eventually, I had to shut it off, I could not handle this artificial exaggeration of a story, which was not “breaking”,  and sometimes would not even be considered “news” on any kind of  importance scale.

CNN of course is the worst offender in this, but it is a attention getting tactic which seems to infuse all the media, including our local media here in British Columbia. They combine this with the often heard line “and in a Global exclusive”…or in “a CTV exclusive” which in the end usually means that someone talked to them and nobody else. Whether it is newsworthy seems to be secondary to saying that it is exclusive.

Of course the papers can’t sound the alarm in this way, so the newspapers instead make the headlines bigger, in capital letters, or with exclamation marks, which forty years ago usually meant the start of a war, or in the Tabloid circles of England was reserved for the Royal watchers when another baby was born into the monarchy.

A few weeks ago, in an anticipation of another snowstorm, Global dispatched all their reporters around the LMD so that they could report on the grief and upheaval that a few inches of snow may bring. The storm did not materialize, so we were left with anchor Chris Galius describing in great detail, dressed in the pre-requisite parka, telling us of the “slushy” road conditions as if a tsunami had been barely avoided.

It caters of course to a generation with numerous sources of information, a generation that seem for the most part only interested in the headlines, maybe not so much the explanation, and can scroll through several media outlets with a quick twitch of their thumbs.  The traditional media outlets are drowning in this undertow of Twitter, Facebook and Instagram. They are in a desperate fight for every viewer and advertising dollar that another claim to a set of eyes will bring them. At some point it becomes pathetic.

Everyone is falling to this ruse, and the police media sites are in full drive trying to keep up with bringing “breaking news” to us, the apparently eagerly anticipating public. Now to be fair, the media is often pestering and pushy when dealing with the police, because they want to get the “exclusive”, and break that “breaking news” story.

So the police issue ridiculous and premature summations often are short on detail,  such as that the killing “was a targeted hit” or “there is no safety concerns for the general public”.  They are  often issuing these pronouncements after a very short period of time at the site of the incident, so in other words they don’t really know if it was a “targeted hit” or not.  A few years ago it became au courant to have someone of a higher rank there for the photo opportunity, armed with a few day media course offered to police. A nattily attired Inspector would make sure he or she was present at the scene, to be the focal point for the 30 second sound bite.  Fire chiefs and police chiefs alike are drawn in like moths to the light.

There is also a real concern of details being spoken about which could be detrimental to the case, but that concern seems to fall on deaf ears, when there is that need to speak to the public within minutes of an event. At some point this need to feed has become secondary to a possible investigative need.

Well here is a news flash for you; every murder is targeted. And if someone is shooting someone in public places, there is a concern. These trotted out phrases have little or no actual meaning to the circumstances.

By the way, do you need to be told again that the police “are seeking the public’s help”, or do you need to see another table of guns, money, and stolen goods laid out for the photo shoot to demonstrate that there were actually things seized. Is it possible that they just keep the same table, with fake guns and money on it, and then bring it out every news story? Just kidding, but it could save a lot of time and effort.

Another trend is to have a number of senior officers at every press conference, with 5-10 individuals standing behind the speaker, not saying anything, not adding anything to the conference. But clearly, trying to make some sort of impression, as to their strength and to give one a photo impression of long and complicated investigations. The  Warhol quote “everyone will be famous for fifteen minutes in the future” seems to be in full evidence as they are often jockeying for position in this media directed receiving line.

To guide this growing police media presence,  the police now call themselves media “strategists”.  (When and why did the police feel the need to have a media strategy?) The police have gone from a “strategy” of saying nothing to the media and a perfunctory “no comment”  to one where they feel that they need to control  and guide the media stories, creating a “spin” conducive to the police efforts.

The police have become more sophisticated in their approach, and are now using the media appetite for a video or grainy photograph to use to an operational advantage.

For instance, when investigating homicides or other major crimes, the police have often used video or photographs to draw the publics attention, while at the same time not really caring about the general public commentary; but behind the scenes,  concerned with drawing out or observing a suspect once it gets played in the media, hoping the reaction of any suspect may further the investigative case.

This of course is tenuous ground, fraught with cynicism, but it invariably worked. The  media sites are forever pulled in by a 10 second black and white fuzzy video without any kind of editing or wondering of its relevance.  This should make everyone pause when seeing the news, and a police bulletin, or alert, or a “breaking news story”. Approach with a modicum of caution, as it may be part of a “strategy” of the police.

So where does this leave us in this world where Facebook now is the supplier of news for 44 % of the American public and where fact checking  and “fake news” has become a growth industry.

As writer John Irving observed in a NY Times feature, “I don’t think the news has changed much over the years, only the way we report it”.  And how it is reported of course determines the level of sophistication of its readers, and their ability to discern reality from imagined, when it is being bombarded with screaming headlines, full of pizazz,  but lacking any discernible mature content.

How can we trust when it is possible that the news is being manipulated by the hackers of Russia, or Wikileaks with their clearly political agendas. Or maybe, an investigative agency closer to home who is “strategizing” the news release to orchestrate a reaction.

It leaves us in a quandary. The Canadian Journalists for Free Expression states that (in an opinion shared by many others) that Canadian’s have a right to information; which is “the raw material of expression…enables citizens to engage fully in a democracy and hold their governments to account”.  A lofty principle no doubt, but the journalists themselves and the people they work for are abandoning or have abandoned the ability to provide researched and accurate information, and are busily festooning themselves in “Breaking News” and Youtube videos. Graphics have become the news.

They should be held accountable and follow the lead of such media sites as Politico, or the Atlantic, and the Washington Post who are some of the few remaining stalwarts of accurate and well done journalism, and who have recently been brought to further life with the advent of Trump.

In Canada, the CBC and its clear political slant pervert their attempts to be fair and accurate, and the Globe and Mail tips to the right sometimes to their detriment. Locally in British Columbia, our newspapers are dying before our eyes, as they continue to downsize their journalist ranks. The ethical use of sourcing and journalistic integrity seems to be degrading. I worry about the truth being delivered, and the truth actually being read.

As to the police. Please stop with the pat phrases, stop the officers from wanting to be in the spotlight, stop worrying about presenting a diverse set of talking heads, and please stop spinning the story. Stop being breathless, or crying, or feeling the need to show empathy as if it is more important than the job you are hired to do. The public sees you as an arm of the judiciary so they want to know the facts, and how they are impacted. You don’t need to strategize, you need to be there in times of crisis as a sturdy and competent voice, unswayed by politics, unassailable in terms of the truth. Your ethics should be unquestionable and it is then, and only then, that the public will regain their trust and appreciate your efforts.