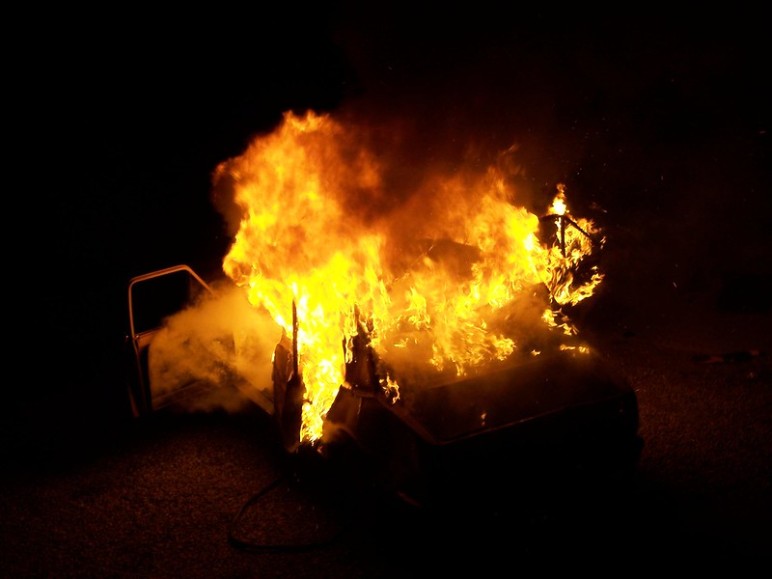 Once again, circumstances of the last number of days overwhelm our senses.  One struggles to piece together some rational thought when given such an illogical set of circumstances like those that occurred in rural Nova Scotia.

It is now clear that a single domestic abuse moment sparked in the mind of a seemingly, innocuous middle class denturist. It then ignited, and unleashed a firestorm of uncontrollable deep-seated rage. In an apparent need to destroy as well as wipe out the physical memories of his life, this disturbed male  needed to kill and burn. He needed to satiate this hunger on a byzantine trail of mayhem, a night of twisted terror, inhumane death, and hellish flames. Twenty-two people in six different communities stood in his way.

The killing and the psychological need for destruction is not unusual, but the level of ferocity, the cold bloodedness and the instantaneous blossoming of the inner rage has rarely been seen before, at least in Canada.

Even writing about these events it still somehow seems un-savoury and maybe premature, so it is with some reluctance that we even make some comment.

I am not going to join the chorus of former cops or “experts” who have apparently been seduced by the media to comment, seduced by the possibility of 15 seconds of fame. The audacity to think that they can offer some insight into a set of events without any knowledge of the circumstances continues to both amaze and distress me.

Nor am I going to comment on the topic of the lack of an “Amber alert.” Each check of a residence turned up another body, another burned house, people lying in the street deformed by gun violence, their positions in death miming their last moments on earth. The officers personal survival, their minds struggling to make sense of the visual overload, would cause them to focus on the immediacy of it all. Their peripheral vision challenged.

An alert, at least initially, was likely far from the top of their minds.

To learn that it was later the next day when management, who needed to authorize such an alert, had to be prompted by the government and then that same management spent some time on the “wording”, is sadly unsurprising in this new age. Would it have saved lives, one will never know. Possibly, but it seems un- likely.

My personal thoughts under these circumstances instead wander to how many random intersecting lives and circumstances all had to come together, and that they did so with such devastation.  A gathering of unrelated groups and their personal timelines; cops, civilians driving or walking down the street, a girlfriend tied to a chair, others huddled in their houses. A retired firefighter, two correction officers, a teacher, a 17 year old violin player and her mom and dad all united and forced into a human drama –by a cop loving or hating middle aged male who made a living by making dentures.

I safely sit thousands of kilometres away, on the other side of the country, in a peaceful spot on a lake, but drawn to an affinity to people I do not know and will likely never meet. The difficulty is that I can picture Constable Heidi Stevenson as if she was standing beside me; I can hear her voice, see her laugh. All cops know a Heidi.

I started my career in rural New Brunswick, in the Miramichi. It was much like rural Maritime Nova Scotia, my Portapique could have been the small fishing village of Baie Ste. Anne; Loggieville New Brunswick, your Wentworth Nova Scotia. Our night patrols like theirs covered a large swath of small often disparate villages, wrapped in endless forests or farmers fields. Often at night, we would be policing with two or three vehicles covering a vast geographic area of responsibility.

Rural policing is not the same as city or municipal policing. They are distinct entities that offer different perspectives and experience. Of course, there is crime everywhere, but in rural Canada it comes at a different pace, it is in a different rhythm. Domestic violence, impaired driving calls, and traffic accidents dominate in these often  placid and bucolic villages. Crime when it happens still is talked about, pedestrians still stop and watch as an ambulance or fire truck goes by–crime is still largely an abnormality.

If you are a police officer in these rural areas in a relatively short time, you are able to identify the problems; the individuals who are always driving drunk, the ones who are always abusing their spouses. People lose lives in hunting accidents and traffic accidents, not normally in drive-by shootings. In the rural areas you believe you know where the problem is, in the city you have no idea where danger could lurk. There are too many people, too many nameless faces. In the city you are more on edge.

In rural Maritimes the calls are often intermittent, unlike the scroll of complaints in the city—often endless hours go by without a call. Mindless hours are common, often spent driving down seemingly endless roads, street lighting spare and halting. Continual meetings with fellow officers in the wee hours, sitting car to car, stifling yawns and talking about other things.

There will be questions and arm chair quarterbacks second guessing for weeks and months to come.

The Commissioner of the RCMP will implore all to seek mental help and consolation, sending out reams of material of being “there” for the members to support them in their grief and any future fears.

There will be some voices imploring for better training, for better gun laws, for a re-jigging of authorizations for Amber alerts. Psychologists and sociologists will examine the women hating characteristic which is being found as a commonality in similar situations. A group of feminists are already arguing for a full inquiry to demonstrate that misoginy was central to the eruption of violence.

The RCMP investigation will concentrate on the weapons and how he obtained them, how he got a police uniform, or how he managed to deck out the Ford Taurus. They will promise to “review” what they could have done better.

Were there any parallels to the Moncton police shooting? The only similarity may be the unpredictability of the event followed by the chaos.

It’s possible that all this future introspection and pontificating will lead to some good. My guess is that none of it will really change anything.

Why? Because these are events that defy definition and solution. You will always have limited resources in the small towns, you will always revert to being human in times of unbridled stress. You always react viscerally in these types of confrontations.

Some training would have kicked in, some muscle memory may be in evidence, but these are bare and raw human experiences which but for the grace of some possible higher authority few people will ever have to confront. Everyone reacts differently, their ingrained tools are what comes to the fore.

The ability to react, the ability to see through the swamped senses, to keep your head when confronted with the unexpected is what separates policing from other first responders. A firefighter or a paramedic drive towards the known, any hint of danger allows them to fall back. No one believes them to be the enemy.

In policing, one is always driving into the unknown. In policing there is the consistent chance that you are being hunted, that you are the ultimate enemy.

In the meantime, the aftermath to these events is predictable.

Empathy and prayers will inundate the Stevenson family, from around the country and the world. Locally, meals will be delivered, neighbours will share a bond of unmentionable grief; flowers will spray intersections and fence lines for all of those who lost their lives over those many kilometres of sadness.

The media will take every opportunity to intone “community” grief and constantly push the rhetoric over the lack of an Amber alert. They will push and cajole all of those that they connect with to come on and broadcast their feelings of grief to a national audience. If you can cry on camera the better the footage.

I am just as certain that Gabriel Wortman deserved to die. No matter his eventual diagnosed torment and the uncontrollable demons that devoured him.

I disagree with the Prime Minister and the CBC— everyone should know his name–at least every police officer should remember his name.

But, what will last for me, what will stay with me indefinitely is that on that day– Constable Heidi Stevenson ran towards the fire.

Your brothers and sisters now stand in solemn silence and salute you.

You were a cop.