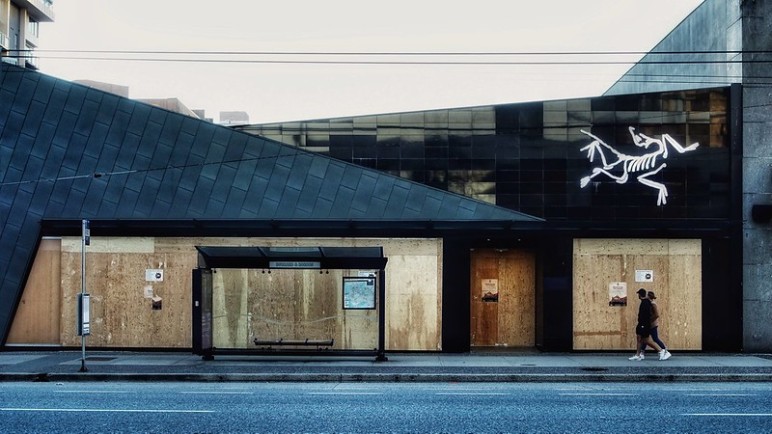 As a person who once wore blue— it was often drummed into our cerebellum that civil libertarians were the devil; and if not the devil, then they were doing the devils work.

So I am approaching this well established policing tenet with some trepidation. Somewhat shockingly, I have found myself in agreement with the Canadian Civil Liberties Association (The Pivot Legal Society still remains way outside my new found conversion) This dark metamorphosis has come to me parallel with an over-riding feeling that we Canadians have become sheep.  We are following an eager and willing governmental shepherd –as we traverse the rolling hills of Covid.

Our Liberal shepherds seemingly believe and voice in convincing fashion that they are part of the greater and principled good. Their stated goal is to insure that none of us fall into harms way, they are protecting us from ourselves. Our once personal decisions have now been taken over by an all knowing government, only they in a position to know what is right and guide us. To save us in their crusade, they are clearly willing to subjugate the many for the sake of the few. They are so convinced of their noble-mindedness that there is no apparent need for any evidence or justification.  Every question is met with a perfunctory rejoinder: “public safety”.

We, the unwashed masses, in return, have become wilfully blind to the trampling of our rights and freedoms. Seemingly ignorant as to the cost of that blindness.

The “public safety” chorus is being used as a societal hammer to nail down those non-believers, the heretics who question any or all of the protocols. To question is to be labelled un-educated, selfish, or as one local media personality called those that dare to be contrary, the “knuckle draggers”.

The strange symbolic flag of this righteous cause has become a cloth item that fits over the ears. Remember, it is not protecting you, it is protecting them from you. A grandiose symbol that conjures up fits of love or rage—ironically produced for a few pennies mainly in a communist China.

The “health” ordered rules have led to police identification checks, roadblocks, warrantless searches and arrests. In the last few weeks there has been a hue and cry for increased charges and allusions to possible jail time. The ever changing restrictions, rules, regulations and creation of  anonymous tip lines are supported by the exhortation that the  government is “standing with us”.

They deflect accountability, either financially or administratively with the axiom that they are only following the “science.” The fact every Province is gathering the science and interpreting that “science” differently seems to be lost to the many. Doctors can be found on every side of the issue, doctors signing letters to have children get back to school, other doctors insisting that they are kept away. Leaders hide behind the un-elected health officials when there is any sign of push back.

The right to life, liberty and security as enshrined under Section 7 of the Charter of Rights and Freedoms has been pushed aside by medical mandates designed primarily to save an encumbered and clearly inadequate health care system. But the most mystifying element is how quickly the populace fell into acquiescence. Are we so complacent in our freedoms that the removal of them is met with a shrug of the shoulders.

Did anyone foresee that it would be a flu virus that would lead to the subjugation of basic human rights in this country? A flu virus that would cause people to turn onto each other —willing to report often minor contraventions of a health order, yelling on Twitter for the jailing of their fellow citizens for gathering in a group of more than a totally subjective pre-determined few.

Some of the more restrictive covenants have come out of the Maritimes. Newfoundland recently  placed an almost outright travel ban, completely contrary to the mobility rights outlined by Section 6 of the Canadian Charter of Rights and Freedoms. The CCLA decided that this was finally enough to act and brought the matter to court. They lost that case when Justice Burrage of the Newfoundland Supreme Court felt that it had been justified in the “name of public health”. (The CCLA is appealing.)

In Prince Edward Island after the revealing of four (4) new cases began closing gyms and dining rooms. There was a total of fourteen (14) cases at that time in the entire Province, which has a population of 157,000 people. That is a percentage of 0.00891%. They argued that they were being “precautionary”; the CCLA counters that in “terms of civil liberties..proportionality should trump precautionary”.

The irresponsible media continues to fuel a rather perverse fear that non-compliance was associated with quick death. This continual marketing of fear in search of life giving headlines has played a massive role in the public acceptance of these ever increasing freedom restrictions.

This is not to say that there was indeed a segment of the population, the elderly and the enfeebled, who with often numerous frailties would clearly be put in a struggle to survive if exposed to this particular flu variant. A drastic curtailing of those that were allowed to be near or intermingle with the vulnerable, seems more plausible and therefore more justifiable in these instances.

For the others in society the presented justifications require a real stretching of the imagination. It is also become increasingly apparent that the battle against Covid is being waged by only 20% of the population. A large segment of the population remain unaffected. They didn’t see their income decrease, they did not lose their jobs, they were not forced to work in possible contamination. The responsibility for this fight against the virus has fallen directly on the most vulnerable and the financial underclass in Canada. The immigrant factory worker in the meat processing plant must get the product undisturbed to those of us trying out some new recipes at home.

The mandarins making up the fight and speaking from the pulpit have not been touched by the virus in general terms. They speak to us from on high, above the tidal waters, above the possibility of drowning. The governor of California out with a group at the “French Laundry” restaurant, the Ontario finance Minister vacationing out of the country, the Kingston public servant raising a glass of cheer on her boat during the summer, another day off thanks to virus. School in, school out. Tickets to six persons playing poker, or to people not of the same residence having dinner together.

In the news today, the clinics for the vaccine closed for the weekend in Ontario. Its a crisis for some, not for a lot of the others. It is easy to tell other people to conform, it is easy to be in the right, if the impinging on those rights does not have a palatable and economic effect on your personal circumstances.

So with all these vagaries of cause and effect can we justify the breaching of our constitutional rights? Can we forego Section 2 which declares our fundamental freedoms of belief, expression, peaceful assembly and freedom of association? Can we forego Section 6 which encapsulates our mobility rights, the right to enter, remain and leave Canada, and the ability to move and take up residence in any Province? It is a fundamental question as to whether we should be trusting the government to make those decisions for us. Ask the people in Hong Kong.

As the years have gone by I have found myself moving from the left side of the political spectrum to the centre right; more libertarian, now wavering in my belief that the government had to play a significant role in our lives. My outlook is less philosophical and more practical, based almost exclusively on decades of observation rather then on some natural political bend in philosophy.

Government just doesn’t do things well in many instances. This isn’t conspiratorial, this isn’t for lack of effort by sometimes well meaning government employees, but more a matter of structural logistics. (The RCMP in its current form is clear cut proof of a too big, often illogical and structurally inert governmental institution; able to see the problem, but just not capable of doing anything about it. ) The current rollout of the vaccine seems to be hell bent on proving this to be true.

There are some instances when public safety could or may invoke restrictions on the right to life and liberty. But, at the same time, there needs to be justification with compelling and testable evidence of any governmental action. Any constriction of fundamental human rights needs to be seriously examined. It can not be based solely on possibilities. Most importantly it has to be proportional to the cause. (The latest stats: 1.625% of the population of Canada has contracted Covid—85 % of those have recovered; so 1.3% of the 1.6% have recovered. Currently there are 0.24% of the population with active Covid)

Where does this leave the police? It needs to be learned that discretion in law enforcement is always a fundamental determinant of policing.  The larger the discretionary factor in terms of law applicability, the more the difficult and subjective the job for the police. When you put in place ever-changing and questionable rules and regulations, enforcement becomes dangerous territory. The value of a police force is measured in its level of credibility and its demonstrated integrity. Moral and ethical reputation is crucial to the policing life-blood.

The arbitrary or discretionary use of force and rule applications has to be seen as consistent, practical, and effective. Otherwise, you are open to ridicule and cynicism, neither of which will be helpful when it comes to enforcing the laws. The inconsistencies in the health orders and proclamations are too numerous to mention. Should you be able to outlaw dining outside in a public space, or to attend church services, or to go to another Province, while at the same time allowing NHL hockey teams to gather in their local hockey rink, or wave the need for Blue Jays officials to quarantine or deeming liquor and cannabis stores as essential.

It is getting harder and harder to understand and believe in this all being a rational exercise. The din of apoplectic  doctors wanting more and more infringements of your rights in an effort to save their Intensive care units seems endless. Those same ICU units, which according to the authorities have been on the “brink” of collapse, every day, day in and day out for the last six months.

We need to take some time, to pause and consider the obvious stomping on the Canadian Constitution which is now underway. For some it is their economic livelihood and ability to care for their families which is at stake, for others it is their mental and physical health and ability to carry on. For all of us it is our personal freedom. No one should like the direction this country is going in terms of human rights and the arbitrary and the often counter-intuitive enforcement of its laws.

Somewhat apropos Benjamin Franklin said, “They who can give up essential liberty to obtain a little temporary safety deserve neither liberty nor safety”. Or if you would like something a little closer to our Canadian home, Pierre Trudeau said “I remember thinking that walking on the beach as a free man is pretty desirable”.

One thought on “Freedom and the Battle with Public Safety”