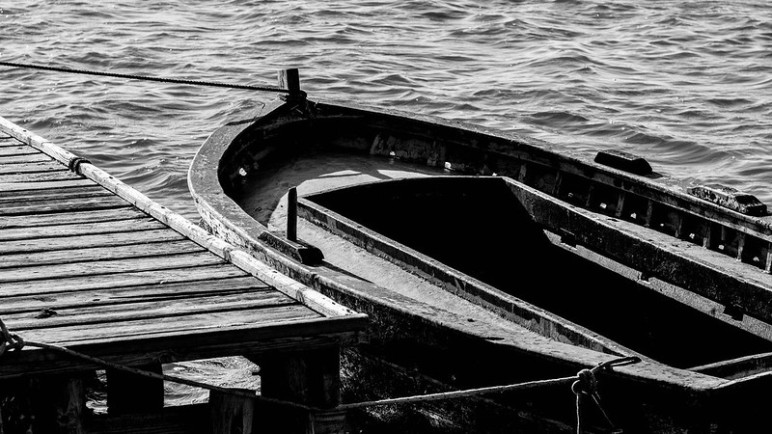 It has been widely rumoured, keep in mind, one knows what an Ottawa rumour is worth, that RCMP Commissioner Brenda Lucki is headed to retirement in June 2022. Let’s say from the outset, I do not know Ms. Lucki personally, have never even seen her in a public forum, so on a personal level one can only wish her a the best in her retirement after a lengthy period of service.

As an interested observer from afar however, or as simply a member of the general public, the time seems appropriate to evaluate her time on the Mountie throne.

In terms of our ability to measure her time and effectiveness, she did not leave us much to go on.

Ms. Lucki was “the leader the Mounties needed” according to Justin Trudeau in 2018; who he judged to be the “absolutely best person for the job, who just happens to be a woman”. The fact that he needed to add “happens to be a woman” is clearly a glimpse in to what Mr. Trudeau saw a pre-requisite for this job.

She was heralded as the 1st “permanent” woman to head the RCMP, her predecessor Bev Busson only being around for a short time in her “temporary” position. (Long enough clearly though to score sufficient points for an eventual Senate seat.)

In 2018 the decade of women advancement in policing was in full bloom much like in all the other government departments across the country. Women were reaching new heights in terms of leadership roles across the organization and at an unprecedented speed. They were in effect being “over-represented” in order for an organization to progress and just as importantly to at the very least be deemed progressive.

In her acceptance of the post as the 24th Commissioner, Lucki outlined her primary plans for “bolstering diversity”and “reconciliation with indigenous persons”. She pointed to her previous successes with the First Nations of northern Manitoba. The speech could have and may have been written by Gerald Butts. No real mention of the brewing problems of contract policing or the upcoming possible unionization of the membership. She, unlike most of her predecessors was a one dimensional candidate, with a singular approach to what ailed the Mounties. Diversity and inclusion would be from the beginning to the end her single mantra.

Her background reflected an insular policing career–in the Peace keeping program in Ottawa, as the head of Depot training centre in Regina, as part of the United Nations protection force in Yugoslavia. None of these positions pointed to a larger understanding of Federal or Provincial policing, the true fundamental core of the RCMP.

The problem of course, like many Federal employees is that Lucki was a liberal in speech only, in knowing the right things to say and where to say them as opposed to knowing the machinations that would be needed to carry out any re-conditioning. She was playing the game of “representation” and “diversity”, without really knowing how she was going to accomplish this, or fully appreciating that the Force that extended past Ottawa didn’t share the same level of concern. Secondly, decades of processes and ingrained cultural history were simply not going to be won over from the confines of a committee room in Ottawa.

In essence she was pulled up by the language of the Woke, then got entangled in the spider-web language of the Woke. Her credence and her dilemma began to unravel once she came under the Liberal magnifying glass of the truly Woke of Ottawa. She aptly demonstrated her conundrum a mere two years later when she flip-flopped on the term “systemic racism”.

She also quickly learned that the Indigenous leadership in this country will turn on you very quickly– should you dare to question their “truth”. Her award for building relationships in Manitoba was as flimsy as the paper on which it was written when confronted by the dialogue of the Indigenous victim. She was caught between knowing that in fact, in the policing world, there is little evidence if any of “systemic racism” by its true definition and on the other side was what she needed to say to appease. She floundered. She knew that if she stated her truth she would have been in full conflict with the people who put her there.

So twenty-four hours later desperate to be on the side of the righteous left, she became a convert, and admitted to “systemic racism”. Unfortunately, she was then asked for examples to prove her conversion and once again, she became the proverbial fish out of water. The example she felt that bolstered her new claim of “systemic racism” was the “height” requirements for Mounties. When someone pointed out that this was more likely “discrimination” rather than “racism” she bumbled once again. The next day, Bill Blair had to come to her rescue and do damage control.

So a mere two years after her start, Perry Bellegarde the Assembly of First Nations Chiefs called for her “resignation”. Apparently her “strong focus on advancing Indigenous reconciliation” had failed– the Indigenous now not wanting to “reconcile” with the Commissioner.

She kept trying though. When asked during an interview as a leader of the RCMP what was the toughest decision she faced, she confusingly answered that it was listening to the Missing and Murdered Indigenous Women and Girls inquiry testimony. Her need to appease clearly had overwhelmed her ability to even understand the concept of what constitutes a “decision”.

It may have became clear early on to the Liberals, that it may be best if she remained silent and in the background.

Suffice to say that for the last couple of years, we have never had a quieter Commissioner. We went from the somewhat bombastic Paulson to the uncomfortable introvert.

Even when the Force was chastised or lambasted for its lack of leadership, she remained quiet, seemingly unable or incapable to defend. Recently the Information Commissioner of Canada said that “the RCMP is failing in terms of its obligation to ensure Canadians have access to information about its operation and decision making…” that this “lack of action on the part of the RCMP leadership” had been going on for too long.

When a human rights watchdog agency had its requests ignored about the “spying on Indigenous and climate activists” it led to “inexcusable delays” and they accused Lucki of simply ignoring the matter. So the Commissioner who had promised to a program of “listening and learning” wasn’t listening and had not learned that one needs to get ahead of issues. The ongoing examination of the incident in Portapique, is looking like another embarrassment of riches in terms of failures to get things done, at least on a broader level.

Under Lucki, the organization has continued to be inert, unable to act or react, weighed down by a suffocating bureaucracy.

This would have been a difficult time for any Commissioner, it would have taken an extremely strong leader to counter the accepted narrative. Commissioner Lucki clearly did not have that capability. One would have had to at times embarrass the Liberals, stand up to ridiculous assertions, outline the resourcing and staffing difficulties, and point to the failings as well as the successes. She did not or could not do that.

We should also remember that Ms. Lucki was picked by a large panel of seven individuals headed by former Premier of New Brunswick Frank McKenna. How is it that this crew could have felt in those tentative times, that Ms. Lucki was the best choice from across Canada?

One wonders that if there was a Walk of Fame for former Commissioners built outside Leikin Drive –who would get a star or a set of spurs in concrete. Maybe Paulson, if infamy is important, for his crocodile tears on settling the sexual harassment suit and paying out millions of dollars. It was at the very least a memorable media moment.

Elliott who ran into the wall of Mountie intransigence and was apparently given to throwing papers around. Not likely. But then again his intemperance may have been earned.

Zaccardelli who was forced to resign by Harper over the Maher Arar incident for not quite telling the full truth about the RCMP involvement. Again, not likely.

Busson will probably get one after all, she was the first ‘woman” to accept the post, at least temporarily.

One wonders for the next round of Commissioner applications if we are we still in the age of firsts– first woman, first black, first Indigenous, first LGBTQ member? One can only hope that in the next selection for Commissioner we have run out of “first” as being a qualification.

So who will that next Commissioner be? There is another rumour that it may be the current Acting Executive Director of Strategic Policy and Planning Directorate, Alison Whelan. Apparently she is good friends of Lucki, but I am not so sure that Lucki’s pick will carry much weight.

Ms. Whelan is a policy wonk and a long term civilian civil servant in the RCMP. She joined the Federal government as a policy analyst in 2003, then into the RCMP in 2013 to “manage policy development” and to provide “analysis on national security, serious and organized crime.” In 2018 she moved over to National Security and Protective policy. She has a Masters in Political Science from Memorial University in Newfoundland and is co-chair of a task force to create National Hate Crimes Policy Standards as well as an executive director of the Canadian Race Relations Foundation. Policy, is clearly her noteworthy strength, policy is central to her being, but is the policy bureaucracy of Ottawa the place where we should be looking for change, understanding, and leadership? Would a “civilian” leader be the right choice at this time?

(On the off chance you want to learn more of Ms Whelan– she will participate in a “fireside chat” on May 4th, 2022 at the Law of Policing Conference.)

There have been a long list of Commissioners over they years, none of who’s names usually spring quickly to mind.

Remember Malcolm Lindsay in 1969, after all we named a boat after him.

Nevertheless, as we say bon voyage to Ms. Lucki maybe a new boat is in order or, at least maybe a small raft as she sails into retirement. Maybe, if we built a big raft, we could put the real root of the problem, Mr Trudeau, on the raft with her.

14 thoughts on “Good-bye to Commissioner Lucki?”