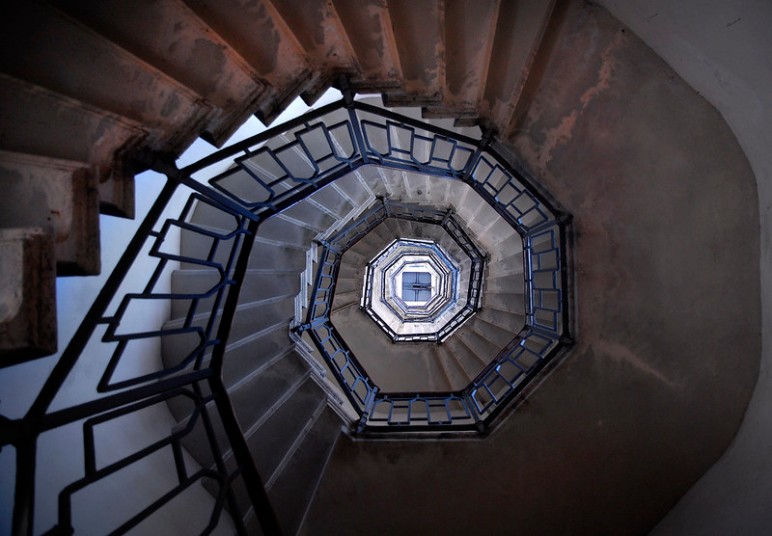 This blog is going to attempt to use somewhat brilliant semi-objective analysis to guide you to the top echelon of the RCMP– where you will at long last be able breathe the thin air of the enlightened hierarchy. This is based on an in-depth study and analysis of those that have already reached the pinnacle of policing in the RCMP–the Commissioner and the Senior Executive Committee –the very cornerstones of this rather large organization. I did not look at mere Inspectors or lowly Superintendents. They are too commonplace now.

This advice pertains to those of  you who want to be grabbing at the highest rung, becoming the next Commissioner, or at the very least, to be part of the Senior Executive Committee of the RCMP. Why aim low after all? This is for those of you who want Putin power–not Jagmeet Singh pretend power.

Reaching these heights would give you the ability to control your own destiny, make your own hours and prepare you for a post retirement lucrative double-dipping job, once you have passed your best due date. Those put your feet up jobs like the Chief of Oak Bay police Department, or maybe a highly favoured job with Interpol, which for years was the ultimate in luxurious semi-retirement (has anybody every figured out what Interpol does?)

The sky is the limit for those of you who plan ahead. If you play your political cards right, you could even be made a Senator.

To undertake this study I have been busily examining the background and makeup of that Senior Executive Committee and the current Commissioner.  What type of service did they come from? What Division of the RCMP was a better step into those upper echelons? What type of policing forms a good grounding for the next promotion? You may or may not be surprised at my conclusions.

In reading this please bear in mind that this writer is not a Statistician, nor do I purport to have the mathematical skills of an Alan Turing.  Nevertheless, I remain undeterred by this lack of number crunching skills and am focused in my goal of writing this primer on advancement.

If you are already one of those in the officer candidate program, you likely would have researched and may have already chartered your path to senior executive pay. If you are already leaping over the backs of your co-workers you are reminded that you will still need to maintain your outward political face of conformity and therefore should not read any further.

For those that are just thinking about future career paths and do not want to remain a Constable or a Corporal for life (the old timers out there will remember the C.F.L. club) then you need to keep reading.

Let’s start with the gender issue, for which obviously you have no control, but it is something you should at least be aware of where the competition is lurking.

So for the first newsflash-you have better chance of making it to the top if you are a female. This by the way is contrary to the historical record as this was not always so. But in this 21st century, currently 21.6% of the RCMP is made up of women. In terms of the SEC, 47% of the positions are currently filled by women. There are 9 men and 8 women. Women are therefore over-represented in terms of their numbers in the Force, but about equally reflected in terms of society as a whole.

While we are on the tenuous and sometimes dangerous topic of women in policing, there has long been reported in many places that women make up the majority of the Division heads in the RCMP. That, upon actual investigation is not true. Of the 12 Divisions only 5 are headed by females. That is still better than their current RCMP numbers would suggest. It is still 42% of the leadership.

Which Divisions have produced the best opportunities for our future executives? This is a little more difficult to measure as some have served in different provinces throughout their championship ride. It is clear that Manitoba, Saskatchewan and Alberta are odds on better places to be coming from; while A Division, B Division, G Division, J Division and M Division are death holes. Nobody on the SEC is from any of these latter Divisions. E Division has a couple of representatives but then again, E Division is the biggest operational Division, therefore competition is greater and we are trying to avoid competition, so we do not recommend E Division.

Another factor which was discovered is that if you want to make it to the SEC, you will likely have to like the city of Ottawa and enjoy lunches with the rest of the polyester crowd on the Spark St. Mall. That is because the vast majority of the SEC group spent some and in a few cases almost all their time working in Ottawa.

Now before anyone jumps to conclusions, one must remember that there are five civilian members on the SEC, mandarins from the nation’s capital and all of its sundry government departments. The lawyer in charge of Legal and the human resources head are two obvious examples of those that come to be running parts of the RCMP with no policing background. Surprised? Didn’t think so.

To be fair, it is easy to argue that a Chief Financial officer moving the monies around does not need to know anything about policing, and a lawyer is a lawyer is a lawyer. The disadvantage, is that prior to arriving at Leikin Drive, they would have been heavily involved in the bureaucratic politics of Ottawa. They would have risen in their respective Federal Departments fully understanding the need to fit in with the government agendas. Therefore it is unlikely that they would see policing as much different from any other Federal government department. Surviving for a long period in Ottawa is directly related to your ability to be invisible to political machinations. Do not expect innovation from this group.

Another operational background in this personal study which proves significant, way beyond its apparent operational value, is that a number of the SEC did a stint with International peacekeeping duties, including your Commissioner. Four or five of the members did stints in Haiti or Kosovo or some other “hot” spot.  It is not clear what the relevance of this is in terms of value to the organization but it is a clear advantage to volunteer. Go overseas where you will have lots of time to day dream of a more comfortable leather chair in which to put your likely expanding posterior –after having been nourished by all those U.N salary dollars.

Also clear is that Federal policing, in terms of background, far out weighs the advantages of coming from a Provincial criminal background. In fact, if you have some connection to Depot in Regina you are statistically almost as well off as someone on the contract side of the policing ledger.

In terms of education, nothing surprising here, Bachelor degrees are commonplace, a few have Master degrees and one, a civilian has a PhD. Nor is it surprising that the regular Mounties of the group like to collect Silver and Golden Jubilee medals as they build up their curriculum vitae. Stay friendly to the Queen.

Three of the SEC had connections to contract policing and of those two had connections to some form of Indigenous portfolio; three had been involved in diversity initiatives.  This too is not surprising if one has been paying any attention to the Liberal agenda. The retrenchment of the regular religions has been superseded by the supremacy of the eagle feather.

The Commissioner is a shining example having received the Order of Merit for “improving Indigenous relations”. Where the bar would be to receive that Order is difficult to guess. Brian Brennan, another member of the SEC, claims to have first introduced the eagle feather, the sweat lodge and spiritual cleansing to operational policing in H Division.

It is a bit of the elephant in the room when talking about the Indigenous, but no one can deny that there is a clear advantage to being Indigenous right now in any level or department of the Federal government. This is unlikely to change in the near future, as the Indigenous since 2006 has seen their population increase by 42.5%, four times the growth rate of the non-aboriginal population. As the numbers increase, their ability to get to the top is going to continue to be a smoother road than most. This also explains the very large increase in those who have recently “found” themselves and are now identifying as Indigenous.

So get checking your Ancestry sites, the governments of this country have made it official– your skin colour matters, whether you are applying for a business loan or running for a seat in the BC NDP government.

Also remember if you want a piece of that “risk bonus” that Paulson started handing out a couple of years ago to his senior executives, or, you want to move on to Interpol like former Commissioner Bill Elliott who was living in an $8000 a month condo in Manhattan, then you have to be tactical. You have to pay attention to the trends in government, the nuances, the language of the corridors of power. You must go along to get along. Promote one self but do not rock the proverbial boat.

So, skin colour aside, who would make the perfect candidate?

Someone who likes Ottawa, has spent a great deal of time in Federal policing, is willing to go overseas, and who started out their service on the Prairies.

However, if you have a natural affinity for Ottawa and enjoy the political atmosphere of cocktail parties, conferences and thousands of meetings, you should seriously consider quitting. Seriously.

Instead, go to some other Federal department. Go to the Department of National Defence or Revenue Canada, get a good education in law or human resources, and immerse yourself in the diversity agenda. Learn both official languages of course –then just lateral across. Seems simple.

In summation. No matter which path you choose, as you head down and manoeuvre through those corridors of power and begin your climb to greatness, remember the little people, the general duty member in Claresholm, Alberta or Flin Flon Manitoba who still blindly believe those adages of hard work. Keep telling them they are the backbone of the Force. It worked on me for some thirty years.

Please Note: For those that want and need to learn more– supplementary courses on policing “advancement” are available at any grey haired coffee klatch of grumbling retired Mounties who are arguing over who gets the bill. You just need to say something to get them started.

And by the way, you’re welcome.