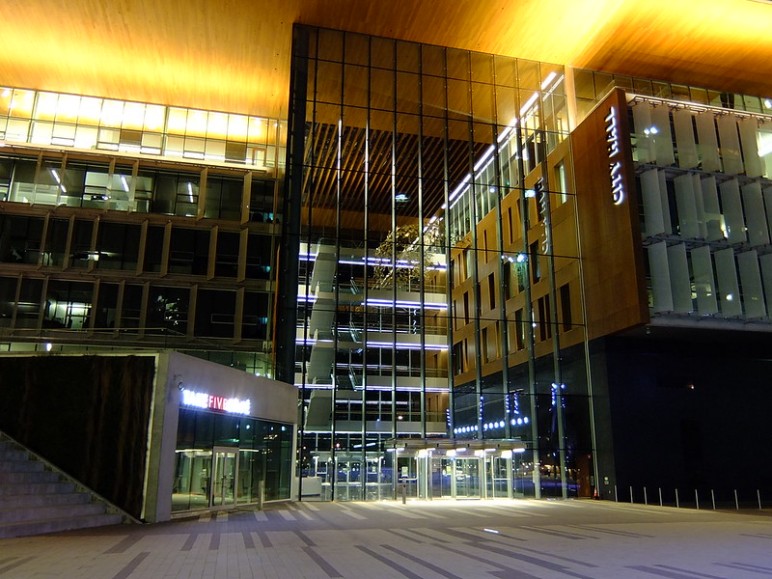 As many of you are now aware, a new Chief has been anointed by the Surrey City Counsel Police board. The signalling white smoke has come out of the Surrey Detachment chimney officially proclaiming that Norm Lipinski has metamorphosed once again and become the head of the brand new Surrey Police Department. The selection process was described as an extensive “world wide search” and after casting this wide all encompassing net, it was then conveniently discovered, that they only needed to look a couple of miles west of Surrey to find the perfect candidate in the hamlet of Delta.

The Police Board said they chose Lepinski because he was “a seasoned leader in community level policing”. Further, Mr. Lepinski after this thorough vetting, showed “demonstrable experience promoting progressive policing policies, including commitment to de-escalation training and ability to foster a diverse and inclusive environment”.

Now, many of you readers, will at this time begin the slow roll of the eyes skyward, but one must accept that this is after all the “new” policing world. Clearly, Mr. Lipinski has reached master class level in professing and promoting the politically acceptable —the lauded dialogue of “consultation” “progressive” “diversity” “representation” and “equity in policing” and he can probably put them all in one sentence.

These professed qualities will undoubtedly be tested early. The large South Asian community in Surrey has already begun expressing displeasure at the choice of Mr. Lepinski.

To help us better understand maybe we need to review the curriculum vitae of Mr. Lepinski, who is orchestrating this controversial transition, as it may provide some clues.

Mr. Lepinski spent thirty years in the Edmonton Police Service before deciding that he wanted to re-settle into this land of the lotus. He seemed to use his time in Edmonton wisely. He achieved a Masters of Business Administration degree as well as a Bachelor of Laws Degree while there.

He left Edmonton in 2010 after thirty years and then in a somewhat unusual move applied to be a red serge Mountie. This proposition was apparently received with wide open arms. In fact they were so taken with him, they immediately assigned him the high rank of Assistant Commissioner for E Division British Columbia. One could assume that this move was approved by the then Commissioner of the RCMP Bob Paulson.

Then in 2015,  Lepinski, after a relatively brief five years with the RCMP (maybe long enough to find the way to the Tim Hortons in Green Timbers) then applies and becomes Deputy Chief of the Delta Police Department, a small 200 person department on the geographic boundary with Surrey. Here he joins his old alumni from Edmonton Police Service— Neil Dubord —who had become the Chief of Delta PD. No doubt this was a coincidence.

Chief Dubord himself had spent twenty-five years with the Edmonton Police Service eventually rising to the rank of Deputy Chief in Charge of Community Policing. He left Edmonton in 2012 and he too headed for the milder climate of British Columbia where he too impressed the locals and won the job of Chief of BC Transit Police.

After three short years Dubord also got itchy feet and then applied and won the competition to become the Chief of Delta PD . That was also in 2015. Dubord is also academically inclined and managed to earn a Masters degree in Leadership and Training and now lists himself as a Canadian Human Resource Professional. He has also written a dissertation for his PHD in business.

It may be a little cheeky to point out that, although academically gifted, loyalty would not be the single foremost characteristic for either of these individuals.

But for Lepinski the career march continued once again. Lepinski spent five years in Delta and despite now having spent forty years in police work—having already reached the normal declared age of retirement at sixty-five— decides that he should apply and indeed warrant the job to become the  Chief of Surrey.

It may be pertinent in the future to note that Lepinski’s spouse of many years is former Global television reporter Lynda Steele— who now has a radio talk show on CKNW the preeminent station in Vancouver and Surrey. CKNW throughout the development of MacCallum’s vision of a separate police agency was very anti-MacCallum. It will be interesting to note if the coverage changes in the next few years.

So now, Lepinski after picking up his third pension cheque, has now assumed his new role as Chief of the  Surrey Police Service.

Clearly, Mr. Lipinski is well versed in RCMP and Municipal police politics. It is equally clear that he has a deft ability to self-promote. However, he is now facing problems in Surrey that he would not have seen in Delta or during his brief stay in the Mounties. Surrey is unique in many ways in both its makeup and the problems that come with it; extensive gang activity, disparate ethnic communities, massive population growth, and a large immigrant contingent will create a fire hose of daily problems and emergencies– and that is not even considering the logistics of changeover of equipment and personnel. It will all demand an enormous amount of operational competency and a dextrous administration in this city which proclaims “Where the Future Lives Here”

One has to constantly remember that the Mounties are being dispatched from Surrey because the policing need was not being met in that city; at least according to the majority of the voters and taxpayers of that City. The underlying enormous structural and cultural problems within the RCMP are at the root of the various issues and those issues can be placed squarely at the feet of the upper management of this organization over the last number of decades. It is not the individual police members.

Therefore there is a singular issue of paramount importance in this transition and that is the need to transform the RCMP current structure. The normal organizational pyramid one expects, in the Surrey RCMP, is upside down. It is ridiculously top heavy.

The general duty officers, the uniforms, need to once again become the largest and dominant component of the detachment. Advancement and promotion need to be contingent on first coming through the rank and file where experience lurks, not in the carpeted cubicles of the current over bureaucratized offices. It is at the first attendance level that your future professional police officers are fed and cultivated and grow to be professional and competent officers of the law and would form the backbone of any professional service.

With deference to the background of Mr. Lepinski; his speciality in “community policing” or “diversity” is not either the main problem nor is it the solution to making Surrey a viable and professional police service.

If one accepts the need for change and recognizes the obvious mis-management that has been occurring and accepted for many years in the RCMP, it would be seemingly counter-intuitive to think that in the building of this new force, that the Mountie system should be adopted wholesale in any way. Should it not be assumed that bringing into the fold some Mounties, who have thrived under this dysfunction, they would not be the likeliest candidates to lead any reform. In naming RCMP Supt Jennifer Hyland and RCMP Assistant Commissioner Mike Lesage as his Deputies, clearly Mr. Lipinski does not agree.

Supt Jennifer Hyland, is a former twenty year member of the New West P.D. After this stint she also discovered it beneficial to move over to the Mounties where she too was welcomed with open arms and rose up the ranks. Inspector in North Vancouver for a brief time and then quickly promoted to being the Superintendent for the Maple Ridge RCMP; the same detachment she had served in from 2006-2014.

Upon returning to Maple Ridge she said “This is my hometown, and this has been a career highlight for me—to be the chief of police in my hometown.”

Apparently that homecoming feeling wore off after four years and she is now heading over to the Municipal force in Surrey.  She will oversee the “support services bureau, in charge of recruiting, training, leadership and development.”

Supt. Hyland never seems hesitant to speak of her accomplishments and says that she is leaving having “fostered that culture of respect and support in Ridge Meadows”.

Hyland received the 2020 International Association of Women Police award for mentoring and coaching. The program according to the advocates was “successful in assisting female police officers with their advancement in leadership roles.” All laudable of course, especially in this woke age, but one wonders if the average Surrey voter feels that the problem with the current police department is a lack of female officers or that the officers are victims of a toxic culture. Again, Mr. Lepinski may think so.

The second deputy choice, Mike Lesage, is even a little more baffling. If there was a classic manager personifying the RCMP in the last number of years it would be Mr. Lesage, who often points out that he is a member of the Garden River First Nation. His career trajectory is common to many in the high ranks of the RCMP; into Ottawa, and then out to the hinterland to dip his toe in the waters of the unwashed. National Aboriginal Policing, National Crime Prevention Section, the Community Policing Bureau, then stints with the Integrated National Security Enforcement Team and most recently the RCMP Anti gang unit at Combined Forces Special Enforcement Unit.

So what can we make of these appointments. First and foremost the populace of Surrey will be hearing a lot about “community engagement”. We can also easily assume that the third and final Deputy will be of South Asian descent. But, when we get past the community consultation phase, the coffee klatches and the town hall meetings (the Delta PD have many town hall meetings) will there finally be some final recognition of the real problem? That is the unanswered question.

Only time will tell and maybe National Police Federation President Brian Sauve is right when he describes it as a “flawed transition” and that everything is in “disarray”. Of course, Mr. Sauve has been spending good Mountie union dues fighting against the obvious inevitably of the transition even happening. He also clearly has a vested interest in his union not losing the biggest RCMP detachment in the country. So it is entirely possible that he is wrong once again.

To be sure, there is a cloying feeling to all of this, a feeling of old hat, old broom, nothing new; and that is indeed unfortunate.  The first opportunity may already have been missed.